Little by Little: Life Lesson for Moms and Kids 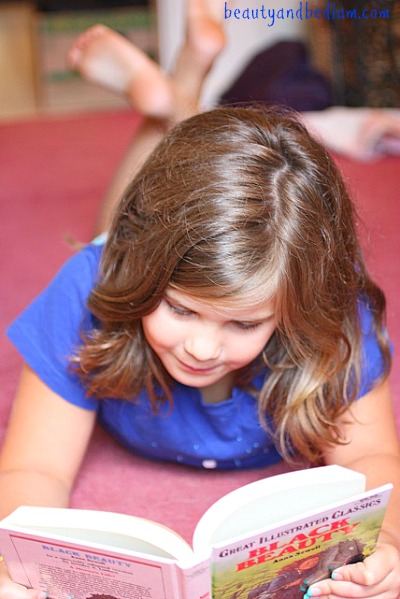 Within a few weeks, kids everywhere will be back in school. Whether one schools at home or structured in the classroom, I find that the start of the school year gives way to a plethora of opportunities that just begs the teaching of some huge life lessons.

Admittedly, my family just likes to start things with a bang (not necessarily the good way), so I felt the need to gather the troops that were home (15, 13, 9) and get back to the basics.

I wanted this to be a lesson that I could refer to often throughout the school year, and since it was only our third day back, it called for some simple visuals.

The Lord has a way of speaking through the most unique opportunities, and this one hit me square in the eyes. It’s the simple, childhood story of  The Crow and the Pitcher, and how this Aesop’s fable resonates with me on a regular basis.

Initially, my 15 year old may have thought he was too old for this kind of experience, but he actually gave some great feedback. No one is ever too old for truth.

I gathered up a tall glass cup, some decorative glass marbles, and began to read the story. Throwing in creative accents always makes it more interesting.  (I was too lazy to gather stones from outside to make the full fledged pitcher effect work, but it would be something great for the kids to do.)

As I read the fable, I slowly placed the “pebbles” in the “pitcher”  – another, another, and another.

Before I read the moral, we brainstormed viable life lessons from this story, and how it might apply to our lives.

“Don’t procrastinate (well, this doesn’t quite fit the story, but it’s obviously a theme in our home if they felt the need to throw that out), think through problems, don’t give up…etc.”

As we talked it through, I got a bit emotional because these last few weeks, I have just felt completely overwhelmed.  I needed this time to quiet my soul and remember…Little by Little, Bit by bit,  Do the Next Thing.

Sometimes, it’s hard to differentiate what the next thing should be when there appears to be so many “urgents” on the list. That’s when I take a deep breath and remind myself, and our kids,  if we focus on the little things, break it into manageable tasks, and stop procrastinating, it will get done.

And for me, in five weeks, it will be back to “normal.”

I encourage you to read this fable of old with your family during the next few weeks. When the kids come home from school teary eyed because the assignment seems too hard, or when your daughter starts crying because she still struggles with her reading, even though she is nine, or even if they don’t want to do their chores,  remind them, “Little by little, it will get done.”

The Crow and the Pitcher

On a hot summer day the puddles all dried up and the Crow became very thirsty. “I will die if I do not find some water,” he said to himself.

While flying along, the Crow looked down and saw, almost hidden beside a clump of grass, a pitcher. He reached into the mouth of the pitcher, but alas, his beak was not long enough to reach the water in the bottom of the pitcher.

So the Crow was able to quench his thirst and save his life.

Moral: Little by little will get the job done. (Or In a pinch a good use of our wits may help us out.) 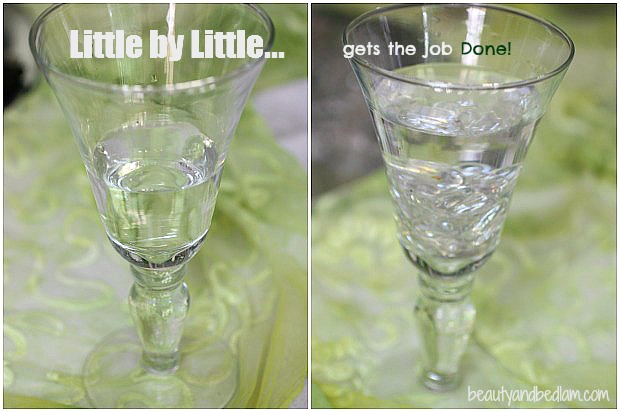 When you have a list of too many “urgents,” what do you tend to do?

(Besides curl up and read for a few hours, pretending it will go away. Yes, I have done that too.)