Remembering the Days of our Lego Love 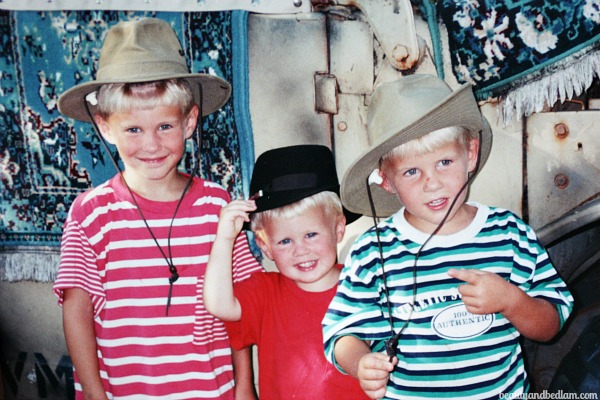 Could it have been over ten years since my boys engrossed their day to day imaginations in the world of cowboys, forts, warriors and LEGOs.® Time slips by so quickly, yet one constant in our lives over the course of ten years was our children’s love of all things LEGO®.

Beginning at five years old, their grandma gave our oldest his first set, and that prompted a revolution of imaginary play for years to come. He set the tone for his brothers that followed where a world of other lands was opened to them. We were sure one of them would grow up to be an engineer, but alas, I don’t think so. It looked quite promising then. 😉

Many a nights I stepped on missing pieces and groaned in frustration, yet as I think back, those were precious moments. Daily, my world included three boys laying on their stomachs in a circle, creating a mythical land where their hero status elevated with each piece that was laid. Yes,  fighting the bad guys occurred daily in our home.

Just this past Christmas, I finally got up to my attic and began gathering the thousands of LEGO®  pieces that were scattered. You think I jest? Definitely not.  I debated saving them for my grand kids. Yes, they were hard to part with , but I shared them with friends because I knew what a blessing that would have been to me as a young mom. I had one friend who mentioned, “We’ve never played with Legos. I have no idea what these are.”

Oh, I was giddy to introduce her to them. Unfortunately, I didn’t have any sorted sets to give her, but just shared miscellaneous pieces, and mentioned her kids would just have at it.

She emailed the next day and thanked me for the hours of peace and quiet she was enjoying because her son and daughter had been creating for hours. She just couldn’t believe it. Yes, the wonders of LEGO.® 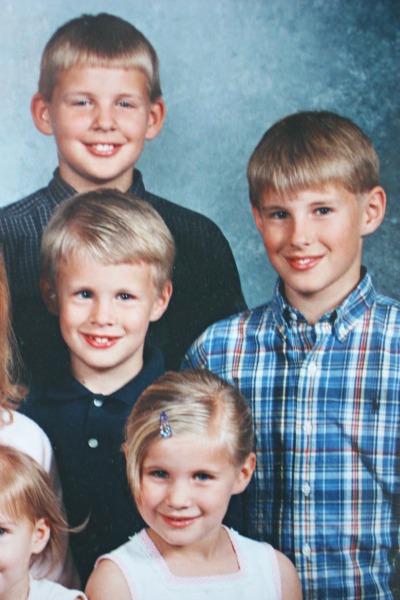 It’s certainly a new age of technology now. Was there even such a thing as YouTube then? I am not sure, but it has revolutionized the way we learn and experience entertainment.

I had no idea that LEGO® even had an official YouTube Channel, but they sure do.

They’ve just released their official channel (make sure you find that one) on YouTube and I had a blast spending time checking out what they are offering. My boys would have LOVED to watch some of those videos. We spent many years engrossed with LEGO® Star Wars™ , LEGO® The Lord of the Rings™ and The Hobbit™, so I checked out one of their Behind the Scenes making of The Hobbit. They show the master builders creating LEGO® The Hobbit™ sets, and it really opens a whole new world to the intricacies behind the art of building. I eagerly allowed my children to build with LEGOs® because those critical thinking skills were tweaked and nurtured as they crafted and the YouTube channel then inspires kids with the potential that they could create as well.

A really neat aspect of their new channel is that you can create playlists to craft a list to your child’s exact likes, while monitoring what they’re viewing as well. Since it’s geared towards kids 6-11, that’s an important aspect for me. For instance, some of the videos are LEGO® Star Wars™ guys fighting with their light sabers and the ships flying over head. If you prefer for your child not to see fighting, then you don’t add that to your play list.

With over 500 videos to chose from, and new videos being added everyday, kids get to go behind the scenes, be inspired, entertained and see the newest LEGO® video shorts. It’s fun for your kids to watch and easy for you to create a playlist. Playlists can be accessed anywhere to help keep you kids entertained no matter where you are (in the car, waiting in-line, around the house, etc.)

With decades of Lego Love from our family to yours, I would love to hear if your kids play with Legos. Any favorite memories?

Make sure you head on over to the Official LEGO® Channel and then reply here once you have for a change to win $1000 in products. WOOT!

There is a lot of content on web; creating a playlist on the Official LEGO® Channel is a great way to ensure your kids are entertained and watching videos you can feel good about.

Visit the Official LEGO® Channel to build your own playlist to watch with your kids and then reply below for a chance to win one (1) $1,000 gift card to buy your family’s favorite LEGO® products!

This is a sponsored conversation written by me on behalf of LEGO. The opinions and text are all mine. Official Sweepstakes Rules.