I Just Can’t Make This Stuff Up (finale) 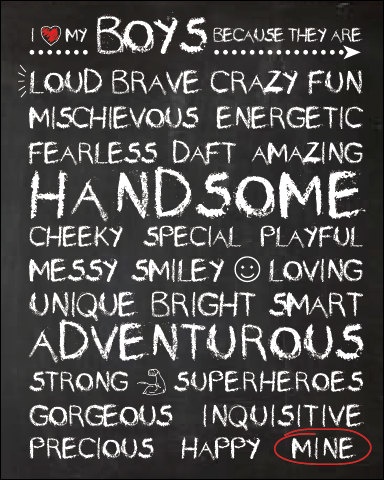 While all of you have been waiting patiently for part three and hopefully the conclusion of our “I Just Can’t Make This Stuff Up” trilogy, I’ve been sending another son off for his first year of college (football players have to arrive early), celebrating my brother’s 50 birthday and preparing for our Becoming Conference where 550 ladies will descend on us this Friday.

To say it’s been been a bit of a full week is an understatement and that’s why my heart probably can’t take any more installments of this series because once you hear what went down this last month, you’ll send me chocolate, french fries and bubble bath.

If you have NOT read part 1 and part 2 of this trilogy, please go back and catch up. This is your spoiler alert for the reality TV show that’s being played out in real life and skipping ahead will ruin it for you. You need to fully appreciate the ending.

So where did we leave off?

We’ve dealt with the drunk overseeing their house, the snake getting loose in the Hedge Fund and we are now onto the sketchy roommate and suspicious visitors.

Oh, yes, and the sleepover at the CEO’s home, but we must backtrack. (Head back to  part 2  if you need a refresher on where we left off.)

In the middle of our party, our son’s call comes informing us of the pure bedlam that had just occurred. Although, the differentiating factor with this episode is that it’s not the “funny, shake your head and chuckle” variety, it’s the “Oh dear Lord, we are jumping on a plane and flying to you right now” kind of variety.

But before I go on, it’s these tangible moments in which you comprehend you are no longer parenting a child, but you are a parent to a man. It’s a rare privilege to watch them cross over that threshold when they are just 20. There are too many college kids who haven’t made that transition and it’s our role as parents to help guide them into adulthood so they can thrive on their own. I never would have guessed that he’d have to learn to survive as well as thrive. 😉

Here’s the kicker. He took care of the entire crazy situation on his own before he ever called us. Of course, the first thing I wanted to know was, “Why didn’t you call us?” To which he responded, “For this very reason. You would have jumped on a plane and by the time you got here, it would have been taken care of and you couldn’t have helped.”

(Except each month he still texts me to commiserate about the high grocery prices, so I guess I’m still needed.) 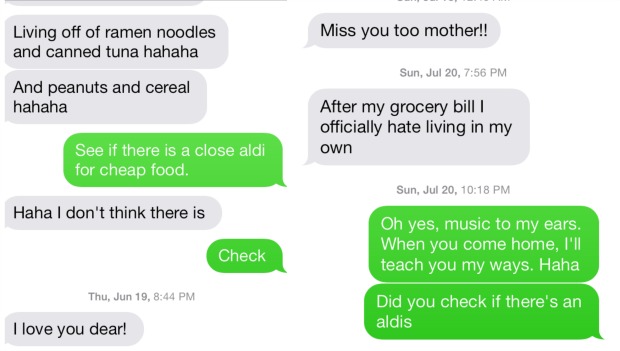 The dreaded night arrived when he knew something suspicious was going on, so he decided to investigate. He waited until late at night when he knew the roommate was not going to be home and began searching.

Now, hear me loud and clear. I am all about the right to privacy and all that, but when you feel endangered or that your future could be compromised with something that you are oblivious to,  search away.

It took one drawer.

Yes, movies and TV shows are written, or in this case, blog posts by a mother trying not to freak out, about this kind of drawer.

This  is also where comic relief occurs as I think back to the many well meaning, ignorant people who questioned how we raised, such well adjusted homeschooled children that can deal with the realities of everyday life.  If they only knew. I think our guys are prepared.

Our eldest is a critical thinker and he handled himself incredibly well in a sticky situation. He was already in full out cram mode for a final exam due the next evening (he was working full time and taking a college class at night), so since it was very late already, he focused on his exam. He tried to sleep for a few hours, but our parental “Junk in, junk out” motto surfaced and the drug lord movies he’d previously watched started creeping into his dreams.

First thing in the morning, he marched right into the front office, yes, the same one where the Boa got loose, and he explained his situation to the office manager. No sugar coating. He expressed concern for his safety and basically shared he wasn’t quite sure what to do.

This is the mark of a mature man. It’s ok to “Ask for directions,” right, ladies?

Stunned, the sweet lady told him to pack up his things and she would find him a place to stay until they could figure things out.  As I mentioned previously, he was taking a finance course and his final exam was that evening, so he would have no time to pack immediately. Talk about timing. He had to take the exam that night to finish the course! He assured her that he would gather up his things before work the next morning.

Later that afternoon, she called Son #1 to her desk and informed him that they had found him some housing. Assuming that he would move in with another intern, he could not believe it when she told him that he was moving in with the CEO.

Yes, he was going to spend the night at the CEO of the entire company’s home. Wait, let me clarify this. Son #1 was invited to live with the CEO and his wife until son finished his internship in six weeks. SIX WEEKS in the guest room of the CEO.

Can you even imagine this? Let’s just ponder his timeline for a bit. From sketchy frat house, to Snake Boy, to druggie roommate to the guest room of the CEO all in six weeks.

I just kept expressing my disbelief to him, “This is like a reality show. Can you even believe this? This is crazy. Dying!!!” Yes, I looked back at our text exchanges over that week and daily, I used 25 exclamation points and the word Dying too often!! He then informed me that there were so many other things that rounds out the reality show that he hadn’t told me, but they seem anticlimactic compared to this.  Sigh! I’ll take anticlimactic.

That first night, safe and snug in his new bed, he sent through his room picture. (Yes, life unedited, this is…) 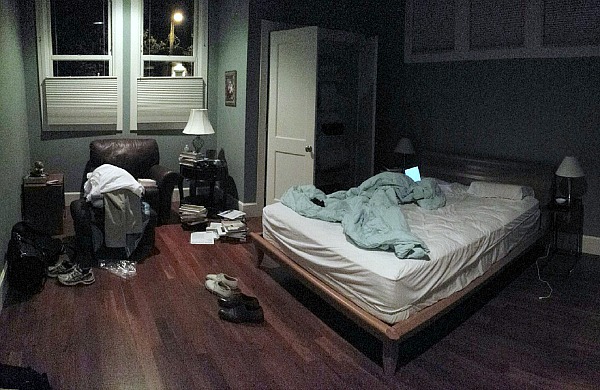 “Yes, relaxing in my Sleep Number Bed, with air conditioning, in an amazing house.”

I just started chuckling.  What a ride he’s had to get him this hotel like room. (He also knew that I’ve been wanting to invest in a new mattress because of my back pain, so of course, he now has the fancy bed. He deserves it!)

That evening on the phone, I reminded him, “Do you know that every employee in that entire office probably dreams of situations that will put them in contact with the CEO and here, you, a pion intern, are now living with him. That business is all about the relationships and connections you make. I still can’t even believe this. And speaking of mattresses, did you get yours from the sketchy house?”

When Son #1 left, he hauled our mattress in his car. It was a funny sight. Unfortunately, when he went back to the sketchy house a few days later to grab his larger belongings,  the roommate had trashed our mattress with his stuff. So we are out a bed and refrigerator that he bought, along with our mattress and rent money, but he’s gained a lifetime of experiences and stories that will be passed down to future generations.

He’s lived there one month now.  He still has ten days until he is finished and I am hoping that I won’t have to start a new trilogy, although this is the son who is studying this spring semester at Oxford. He never would have thought he’d bring bedlam to the Hedge Fund, so how much fun would it be to liven up good ‘ole Oxford. Oh my, I am just chuckling thinking about that.

So, in a little over a week, I can finally hug that boy. These have been 2 1/2 of the craziest months of his life and it was fun to share them with you because we all need to live vicariously through other people’s lives every once in awhile, right?

I may appear to have it all put together, but trust me, part of the fun of truly living life to its fullest is leaning into those things that you just can’t make up. It’s a grand joke in our circle of friends that my middle name is “Murphy,” and when I updated them on this story, the comment made over and over again,”Of course, this WOULD happen to one of your kids, Jen.”

and Beauty….hand in hand, it’s what makes the world go round. 🙂

P.S. Obviously some details have been left out, but wow, quite the jaw dropper, isn’t it? I do love happy endings though. I’ll let you know in a few years how this impacted his future job offers. 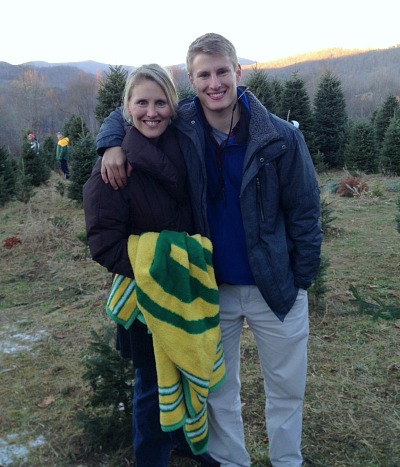