It only takes a moment…

The deafening screaming and thrilling excitement 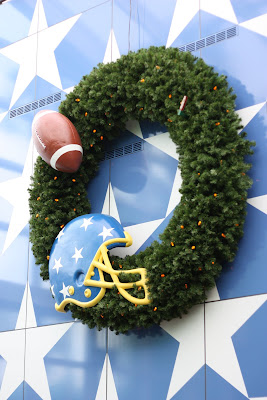 of this final score, which sent our team to this Saturday’s Superbowl, 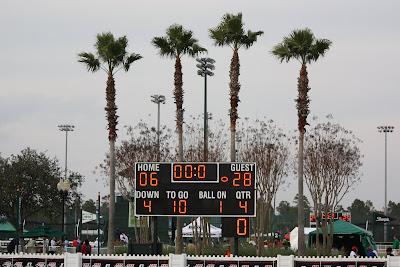 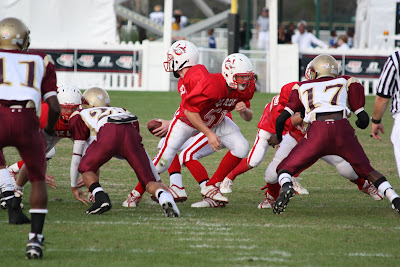 was left lying motionless in the middle of the field. An angry opposing player laid out a late hit cheap shot to what we were told was my son’s spinal cord.
The clock showed zero, signifying the team’s victory, but there was no cheering, no celebratory high fives, no ecstatic teenage boys…only silence.
As a parent, you realize, in a moment like this, that we have no guarantees on how much time we have.
The Lord has graciously given our children as His precious gifts to us, but we are merely stewards of these gifts.
Stewarding gifts that I am not worthy of tending is humbling.
We think that we can control situations when they are under our guard.
My tendency is to squeeze.
Squeeze tightly.
It’s such a struggle to hold my hands wide open and offer my children as a living sacrifice.

And in those moments, I am reminded again that through adversity, God’s power is not only realized, but magnified.
Yesterday, His grace was shown to a family that was truly undeserving.
I glanced at my husband across the field and could see tears in his eyes as our son continued to remain motionless.
And then after minutes, which in a momma’s heart seemed like days,
he moved.
Thank you, Lord.
It could have been his time, and I would have had to choose joy for the years that we were given…but, it wasn’t!
And for that I rejoice.

*****************************
And now, with Matthew’s only repercussion being the aching body of an 80 year old, we can regroup, and realize that our sons’ are heading to the Superbowl – the National Championship. The season started with 3,000 teams and it is down to the Final 2.
After a season of tremendous hardship, their dreams are being realized. They were interviewed for the NFL Network and the game will be shown on both the NFL Network and ESPN.
Their measurements were just taken for new uniforms that they are being fitted for especially for Saturday’s game…just like the Pro Bowl.
Win or Lose, they dug deep, and became men.
When they were down 12-0 after the first game, and had emotionally given up, they dug deep, and chose to “Just do it!”
They showed that it’s not about who they are as individuals. There are no winners with a me first mentality….winning only comes from understanding that it’s about the rest of the team.