Easy Ribs Recipe (that Anyone Can Master) 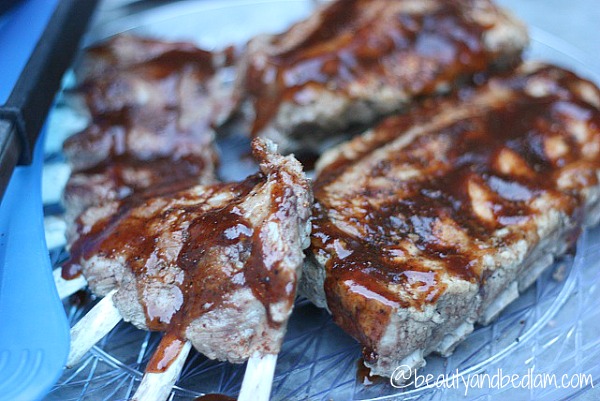 I am a northern Wisconsin girl, who moved to the south.

Yes, a Midwesterner that loves to grill.

Alongside the Packers, it’s kind of a lifestyle. Tailgating is a separate entertainment category that holds special memories, but when I moved South, I realized I was out of my element when it came to a few things.

True, southern grilling requires the knowledge of all things BBQ, and I hadn’t a clue. In fact, the thought of attempting any kind of ribs brought instant thoughts of grilling failure. Surely, this was going to be much too complicated for me, so I avoided grilling up ribs. As the years went on and our boys grew bigger and bigger, BBQ ribs became one of their favorite foods, and after many requests, I finally decided to dig in and go for it.

Slowly, very slowly, I am developing the technique that would make a true grill master proud.

Yes, Girls Can Grill Too, although, yesterday I admittedly turned the grilling over to my son. That is just smart parenting. It was around 95 degrees out side. 😉 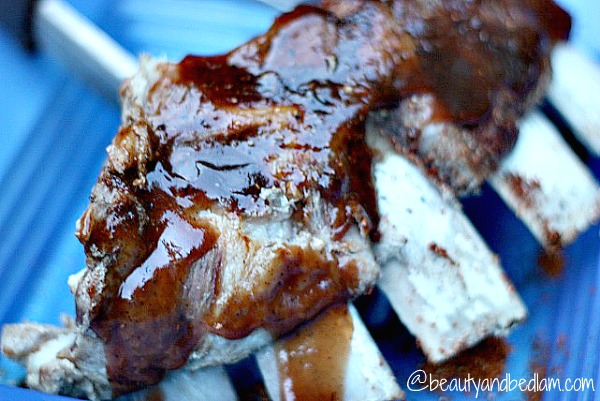 Every one needs to realize that delicious ribs requires patience. It’s a marathon, not a sprint, and they will never make it into one of my Ten Minute Dinner Recipes.

The key for ribs is SLOW and LOW, meaning  take your time and keep them on low heat.

Although, if you are a ribs purest, please run the other direction or cover your eyes, since I have a confession that will make you hyperventilate. One of my next purchases will be a grill or smoker that will allow me to really tackle ribs in a matter fitting the NC BBQ tradition, but one of my tricks to “hurry” the process along is to begin by baking or simmering it first.

I know, some of you hear boil and you gasp, but you know, it really works well for me and my family sings these ribs praises.

I’ll post another option soon, but this is what I did for these. 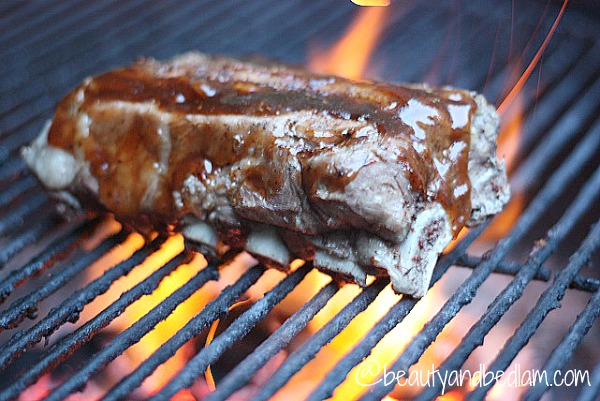 I placed my ribs in a large pot with just enough water to cover.  This isn’t like boiling noodles, you don’t want it full. I seasoned the water with garlic cloves, onion, onion powder, and some McCormick’s Montreal Steak Grill Mates. Yes, I use these typically as dry rubs or marinades, but it’s ideal to help flavor the meat as well. I have a variety of McCormick’s in my pantry and love using them for my Power Cooking Meals.

Then bring water to a boil, turn down heat and simmer. You can simmer until tender, although I took my out a bit before, and let them finish on the grill. For my three pounds, it was about 30 minute in the water. (Baking or boiling also allows you to render off some of the fat before placing it on the grill. ) I transferred them to a platter, sprinkled with some more McCormick’s seasoning,  and then slathered them with your favorite BBQ sauce. You choose the flavoring. Since I had coupons, making Kraft such a great value, I often have 5 flavors on my shelf at all times and use them for many recipes.

Next, put on the grill, but make SURE that you place then on indirect heating.

Yes, for the cool picture it looks like it’s right over the flames, but really, we grilled them with indirect heat until they were “Fall off the bone” good.

These were so good that my son literally thanked me again the next day.

Do You Have a fantastic Spare Ribs Recipe to Share? 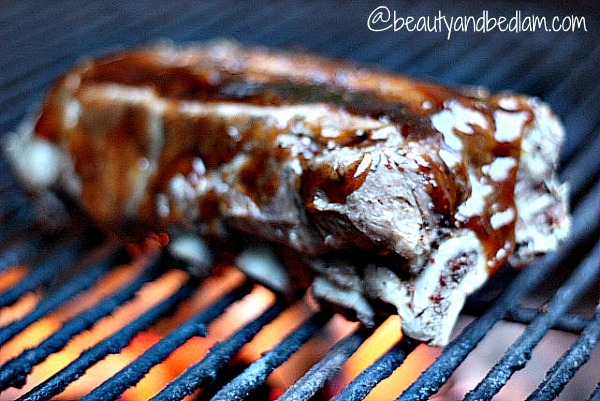 Now, it’s your chance to share your Tasty Tuesday creations this week. 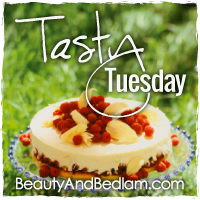