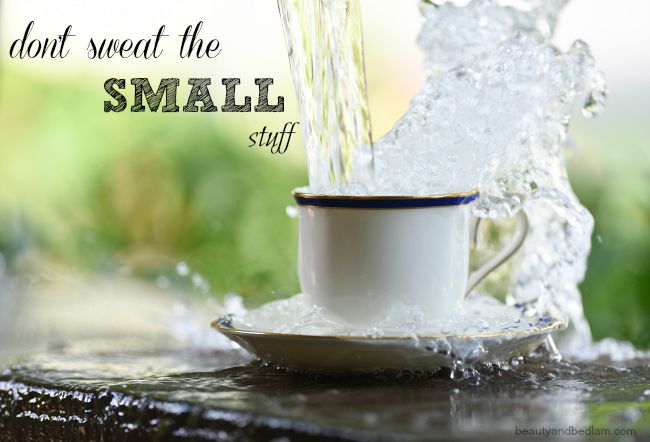 Our two eldest college aged sons just went back to school this week and his momma’s heart doesn’t do well with that. I MISS THEM!! I know their new beginnings and all this change are part of the process of releasing them to fly, but it doesn’t always make it easier.

This time of year gets me reminiscing quite a bit. I’m finishing up a post on “Picking Your Battles Well” when it comes to child rearing.

As a young mom, I remember the exact day when I finally had that huge, let it all go, it just doesn’t matter, “ah ha” moment and it changed how I parent our big kids.

That morning I leading worship and so I left the house at 7 am. My wonderful husband got our four (at the time) little ones fed, dressed and to church a few hours later.

After service, I went to pick up our two year old from the nursery and I was greeted by her Sunday school teacher’s big smile, “I knew you must have been singing this week.”

Our daughter beamed at me with complete joy. Dressed from head to toe in her own collaboration of fashion accessories, I saw her princess costume, layered with some varying jewelry, a sweater two sizes too small and mismatched tennis shoes. (They might have even been both right shoes, if I remember correctly.)

Immediate mortification rolled over me. I wondered what in the world everyone was thinking, and then it hit me. “Will this matter a year from now?” Forget a year, will it matter next month or even tomorrow? My daughter radiates joy right now. She is so proud of her accomplishment on picking out her own outfit, my hubby got four kids six and under ready and out the door for church and these are the moments that matter, right here.

I can choose to react or respond.

“You look beautiful, honey. Did you get ready all by yourself? What a big girl. I’m so proud of you.”

Deep down, a part of me wanted to apologize and explain away why she was at church looking like this, but it did NOT MATTER!! These are the “don’t sweat the small stuff” moments that truly show the heart and dictate how you parent. The number of stories I hear about world war breaking out about clothing choices for small children abounds, but often, the heart of that war surrounds what others will think of our mothering, not if it matter what that child wears. The first time you let it go, it will be hard, but worth it.

Now, did I continue letting her pick out church clothes every week? No, but we went into her closet and drawers together and put together 3 – 4 options and then she picked from there. It still empowered her without the battle.

If your son wants to wear his Superman costume grocery shopping and you see this would mean a lot to him, why not let him? This is a battle that you don’t need to fight. Talk it through with him, set limits such as “you can pick one shopping trip to wear your costume and I’ll let you decide”, but save the battle of wills for things that really matter. 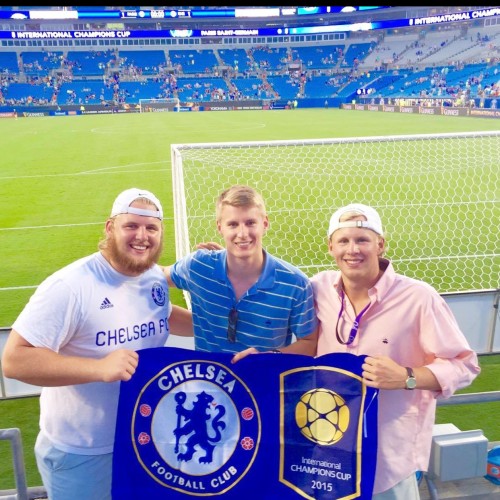 So when our clean cut, short hair, always shaven college aged son came home for summer break with slightly longer hair and the beginning of a beard, I remembered this life lesson of new beginnings.

He declared, “Four of the line man are not going to shave or cut our hair until we win the football championship. It’s going to be our reminder to give it our all.”

I quickly counted the months on my fingers and realized that was seven months away and he was already in need of a hair cut and shave in a bad way.

Honestly, I wasn’t too worried because I thought as soon as the 100 degree Carolina heat sets in during practice, he’ll shave and cut his hair because the humidity will necessitate it.

A month later, he hadn’t. Another month, nope. Yes, we have raised one dedicated boy.

By the time we were reunited, it was braid worthy and this momma was having internal issues. Krispy Kreme called our name and I told him, “When your beard is housing all the Krispy Kreme frosting crumbs, that beard needs some grooming.”  (He determined that a trim would not be nearly as pact worthy.) While I am the hugest of Duck Dynasty fan and I know the long, shaggy beard look is in, I do NOT like it at all, but you know what? It’s hair. It’s a look. This bet? This is the small stuff. It just doesn’t matter and will certainly not make a difference in a year, so I thanked the Lord for this wonderful college kid who adores his momma and I just continue to roll my eyes and chuckle when he sends me pics EVERY.SINGLE. DAY of his “man bun,” which is now a fashion “thing.” Who knew? 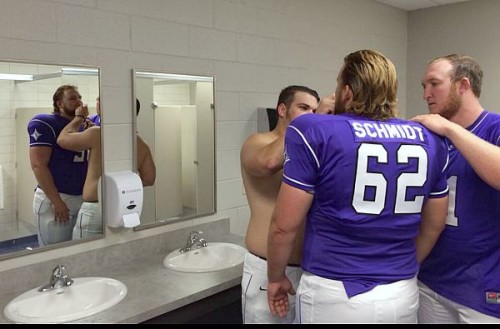 The best part about it is that I didn’t have to do a thing about the beard. His head coach insisted that they clean up their look and shave for the team picture. (CUE SINGING ANGELS)

I didn’t even have to sweat the small stuff one little bit!!

Have you had any moments lately where you’ve had to ask yourself, “Will this matter in a year?” You are not alone. xoxo

Now to the giveaway – I am all about some creative ways to pay cash for college. Second, we have bought Schick disposable razors in bulk for years (and even our 16 daughter snagged them from my hubby because she liked it so much better than the one she had), and lastly, the whole beard story had JUST happened.

Late last night, I was out shopping at for more things than I wanted to buy and I snagged our Schick Disposable Razors. There were so many great choices and yes, our daughters will be glad to know they can have their own girlies ones now. When I got home with some of the Schick Hydro® 5 Razor my husband said, “Perfect, that’s the kind we use.”

I didn’t have to sweat the small stuff on that one either. 🙂

Have you had any moments lately where you’ve had to ask yourself, “Will this matter in a year?” You are not alone. xoxo

This is a sponsored conversation written by me on behalf of Schick®. The opinions and text are all mine.