They Just Didn’t Get It 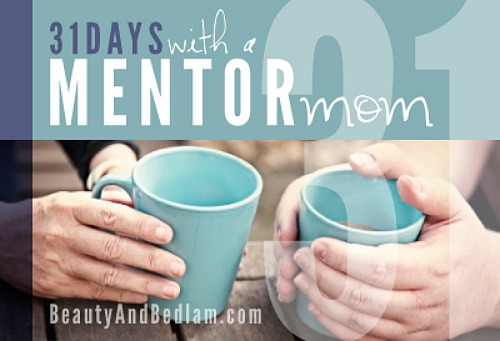 Cutting up the pieces of card stock and gathering the last of the decorations, I couldn’t wait for the hours ahead.

After a long, incredibly grueling and emotional sports season, those coaches needed some encouragement and surely, this would do it.

While I understand that most teen age boys don’t instinctively run to coaches to share their gratitude, I was pretty certain that between 100-125 family members and players in attendance, we could do something pretty special.

I tasked our son, captain of the team, to approach his team mates, and I made the request of the parents.

As the first family approached the punch table,  I thanked them for coming to the end of the season meal and asked if they would take a note card to write on. I explained that I was hoping to gather up just a sentence of thanks or word of encouragement from everyone. I’d make up something special to present to coaches. 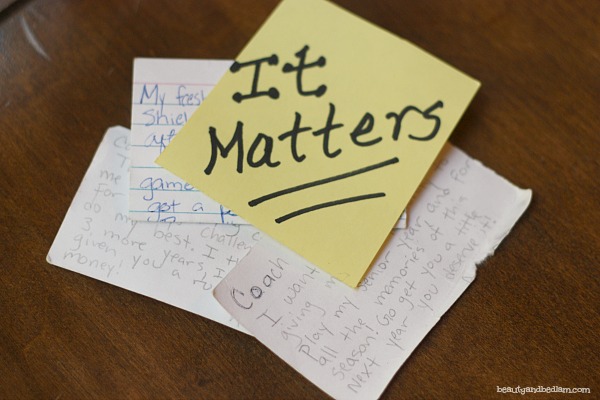 As I nervously chuckled, I followed up with, “Well, ummm, don’t worry, it doesn’t have to be a paragraph or anything. Maybe just one or two words? Maybe a character quality that you appreciate about the coach.  A funny memory?”

(Surely when one spends hundreds of hours on the field with coaches, there’s a memory in there somewhere.)

They took a card and walked away.

Instinctively, I checked my teeth for broccoli, looked for toilet paper hanging from my pants, and brainstormed any other sort of crazy phenomena that surely must have occurred to have received that kind of reaction.

I continued on, parent after parent.

The response I got time and again, “Why?”

“Well, it’s been a really hard year for the team, don’t you think? I know that everyone could use some words of encouragement especially when so many volunteer so much time.

Waving my son over to me, I asked how it was going with his team mates,”Not too well.”

“They didn’t get what I meant when I said give a character quality. I tried to give them some examples, but I just don’t think they get it, so I changed it and said to just tell a funny story. It’s better than nothing.”

As I pondered those few hours and watched the interaction of the group, I realized this wasn’t necessarily a lack of gratitude for coaches who show up day in and day out with out a lick of thanks, I’m sure that some were appreciative of what they did, but this was a complete disconnect.

Yesterday, I shared about one of the most pivotal perspective changes that occurred in my mothering. (Read that first, since this post builds on that one.) It centered around shifting my encouraging words from a performance based mentality to one of character building. That does not mean that in my last 19 years of mothering I have been successful every time, far, oh so very far from it, but that focus has made a huge impact. Our kids are only just starting to realize that.

A mom approached the table with a card in hand, “Are all the coaches leaving or something?”

“Well, I figured they must be because why else would you want us to do this?”

Not for the fact that out of 125 people, only a few cards were turned in, but out of a long term realization that unless families have a core compass of the basics, unless someone has come along side of them, mentored, and modeled for them, even poured into them what it means to begin leading our families with simple things such as verbalizing gratitude with more than just a one time passing, “thanks” or speaking words to build rather than destroy, we can never begin to change the family culture at large.

I am going to admit, I wrestled with a sanctimonious heart over the next few days.

I mentally battled, “How in the world can they not even take a second out of their evening to write five words of gratitude? That’s ridiculous.”

And then the Lord whispered.

Well, maybe He yelled and smacked my self righteousness head, “You are right. They don’t get it, but they just don’t know. They have never been shown. They’ve never been surrounded by mentors with a vision for family or even placed in an environment where it’s been modeled. They don’t have a clue where to start. Be that start.”

And so I prayed. I prayed that in some small way, our family might begin modeling the power of words built on encouraging character, not performance. Words shared from a heart of gratitude that heal and refresh. Life giving words to encourage teachers, staff, coaches, and those families that we come in contact with outside our typical “Christian” sphere of influence. Words that point to the Giver of Life. One family impacted means one family tree is changed. It Matters!

This is not just a “mom” thing, it’s something that needs to be modeled across the ages, practiced, repeated and sent out.  Believe it or not, our kids need to PRACTICE verbiage like that.  It doesn’t just happen. When they are young, they must be corrected and encouraged, in hopes that as they get older, it just is a natural part of who they have been called to be. Life Givers, not life suckers.

As I closed the drink line, a woman approached, “You are the new mom. You are Matt’s mom, aren’t you?

One Teen. One Captain. One kid that’s learned to speak life giving words. It matters! Be the Start!

Full Disclosure: Half way through this post, “You just Shut Up! That is so Stupid!” rang through the house, followed by a life sucking argument between teen siblings. (Sigh.) I wanted to pretend that it was something terrible coming from the TV, but alas, I had to deal with it. Yes, we are all in process, aren’t we?

Is there someone in your sphere of influence that you can use life giving words to encourage today?

If you want a practical example to do with your family, I share a story about the “Good Lawn Guy.” Remember, it doesn’t have to be elaborate, it can just be saying something like this to a neighbor in passing. 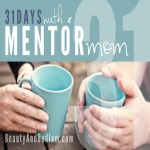 Follow along with my entire 31 Days with a Mentor Mom series, right here.

I love sharing things on FB which I never end up writing about on the blog. Also, if you need quick recipe ideas, follow along at 10MinuteDinners.com