I Just Can’t Make This Stuff Up (part one) 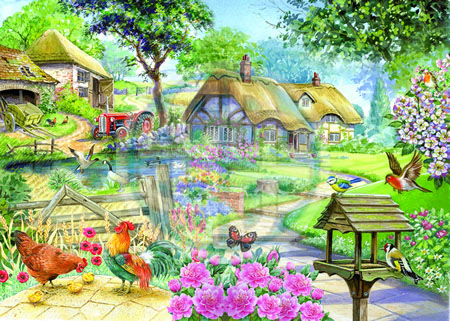 This should be an inspirational post about sending our sons off to college. I should share how my heart is breaking bit by bit because I miss our big boys being around.

I should recall deep, meaningful insights such as fully understanding my calling as a mom means that this journey over the last 18 years involves raising them so we can launch them well.  I should be sharing that while they will never stop being our little boys, we need to open up those tightly clenched fists and let them fly, because they are ready, even if we are not.

BUT, that is NOT what I am going to share because what you are about to read is a tale that only reality TV shows are made of, as in, if a little camera had been following that eldest boy of mine around this last month, he would not have to be working hard at his first internship because he would be starring in a leading role.

This is a story about our eldest son’s first summer away from home.

Yes, a story about the son who has taught me much about mothering, but even more about the fact that we can’t write their stories for them; they make their own chapters and what a page turner this one is.

This past year marked our son’s sophomore year in college, but the first time he had ever been away from home for a significant period of time.  He determined he wanted to step into the world of Hedge Funds as a potential career path, and started reading everything he could get his hands on about investing, finances, funds etc. etc.

While most significant internships in this field aren’t offered until after one’s Junior year, he decided to go for it. Even the process of applying holds learning experience, so he did some research and made a list of the top 25 Hedge Fund firms in the US and started the cold call process.

Skip ahead, past the months of learning that he received through the process, and we’ll zero in on his accepting a summer internship far, far away from his home sweet home. While I know this is part of the leaving and cleaving process, my momma’s heart hit a little low knowing that we would only have two weeks total with him all summer before he had to head back to college (both locations WAY outside my “circle of love.”)

While we would help him out a little bit financially,by loaning him a car etc, but the majority of the expenses would fall on him. This is a paid internship and he’s a 20 year old man. Part of the growing up process begins with learning financial responsibility that goes along with living on your own for the first time. Unfortunately, my husband and I see far too many of our peers steal this life lesson from their children by doing everything for them and the 20 something adults aren’t ready to live on their own.

As he came home for spring break, I wanted to brainstorm housing options for him. Yes, this home school mom still wanted a little say, even if I talked a big game.  I told him I’d put out feelers for a possible family he could live with that may have a garage apartment or call some local churches in the city that he was heading too, but he had already taken care of it and found a suitable apartment. I was super proud of him for taking on the entire aspect of this himself, although admittedly, when he told me he found the apartment to sublet off of Craig’s List, my reaction included;

“Craig’s List? Are you kidding me? That’s where stalkers and predators hang out. You can NOT get an apartment off of Craigslist. Your life is on the line.” (Or something like that…)

“Mom, mom, it’s fine. It’s a college town and the office recommended finding apartments to sublet through Craigslist because students sign a year lease and they want to find someone to take on their remaining summer months. Everyone does that there.  It’s no different than finding an apartment through the newspaper. Plus, look at these online pictures. This place is gorgeous.”

My  jaw dropped as he showed me the pictures. It was a stately brick mansion with so much character; large common areas, a huge kitchen to cook in. It looked like a dream.

“Plus, Mom, I’ve been talking with the older gentleman that runs the house. He lives on the premises and looks over the place, so you have nothing to worry about.”

Sigh….dreams really do comes true. What a blessing; a nice, older gentleman, obviously with a heart to serve or why would he be living in an apartment for college kids, right?  He will look after my sweet baby boy, alone in the harsh, cruel world for the first time. (Note a bit of dripping sarcasm.)

His sophomore year ends, summer begins and the time comes for my baby to head out. My husband decided to drive with him, help him move in, leave the car with him and fly home. Such a neat father – son bonding time.

They pull up to the mansion.

Did I forget to tell you it was a former frat house that lost its charter, so the house got turned into campus housing or so we thought? Yep, that sets the tone just a bit more.

My hubby and son walked into the front door, glanced around and immediately realized this does not match the pictures online. It’s ok, I remind myself as I type this, so it’s a “bit” more worn down than they imagined; we’ve never been about appearances. It’s a growing opportunity for our son.

They seek out the kind, older father figure gentleman that was suppose to put my mind at ease, and as my husband puts it to me later (much later, as in he doesn’t tell me until after the fact, later), the guy greeted them “three sheets to the wind.”

They finally get to the room and it’s tiny, as in coat closet tiny. There was a previous tenant still there packing up and the room was nasty. My hubby’s words, not mine. Now understand, we have had our three boys share one bedroom their entire lives. We know what nasty means and if my husband says this entire house is nasty, it’s WAY beyond what I can imagine.

The guy finally leaves and my husband and son have a good belly laugh. You know when reality finally sets in and you choose to laugh because it’s the best choice to offset an “interesting” situation?

They dive into scrubbing/cleaning mode because the place was inhabitable. Amazing what a little elbow grease will do to bond you over a situation.  It’s about this time when they realize that another roommate has been placed with our son to share this little coat closet.   Not much they can do now but make the best of it. Money has been paid for two months and we agree, this experience will really make him appreciate home that much more.

Had I been with them, I may have packed him up and hightailed him out of there, but sometimes moms want to step in a bit early. It’s at this time in the retelling of the story that I reminded myself that other 20 year old sons are fighting in Afghanistan right now. He could be living in a tent in the desert with machine guns strapped to his side, so I needed to get a grip and realize this is nothing. I can really laugh along with my guys (and the nasty Frat house, drunk guy situation.) My husband told me that the whole time they were in that room, he kept thinking, “I am too old for this, but college guys can live anywhere.”

That is SO true.

Two days later, our son walked into the hedge fund for his second day of work.

Please try and envision the setting. Hedge Fund: simply put, they take care of rich people’s money!! These are “fancy, money making, nice dressed” kind of people who work in this office.

I know that they haven’t lived through much bedlam in their day, so if you can visualize our son walking in all spit shined, looking like he just walked out of a Ralph Lauren or GQ magazine wanting to make a good first impression because that’s what young interns do, that will make this next part so much more enjoyable!!

First thing in the morning, he heads to the HR department to hand in paper work for his internship.  As he reaches in his large duffel bag, he is greeted by a five foot coiled up BOA CONSTRICTOR!!!!!!!!!!!!!!!!

Surely this is a nightmare, my son thinks, as the snake gets loose on the office floor. Hello, Yes, Boa loose in Hedge Fund!!

Click on over to read part two. It’s JUST warming up. I had to give you the background setting.

(If you want to know about our previous snake experience, hop over to Just another day in bedlam._